Vikki Patterson ran the U9 and U10 North County Inter Area event in the Gleneagles Indoor Tennis Arena on Sunday, 31 January 2016. Tayside had 2 Green teams and 1 Orange  team and then on Saturday evening at 9pm Highlands pulled out so Adam Brown and Jane Morrison put together another Green and Orange team – from whoever they could get at the 11th hour! There were 5 Orange teams altogether and 6 Green, a total of 17 Tayside kids were competing. All our players were fantastic both in their play and behaviour and Tayside won both age groups. Our mixed Green team were also 3rd and our B Green team with 3 girls in the team (most had one or none) were 4th.  Well done to everyone!   Attached picture shows the U10 Winners. 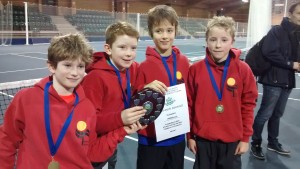 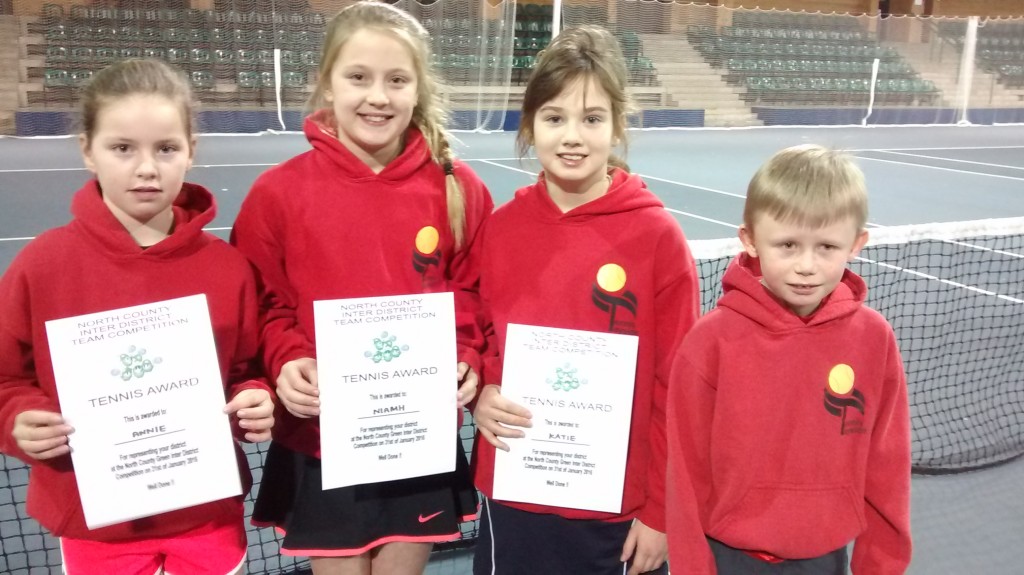 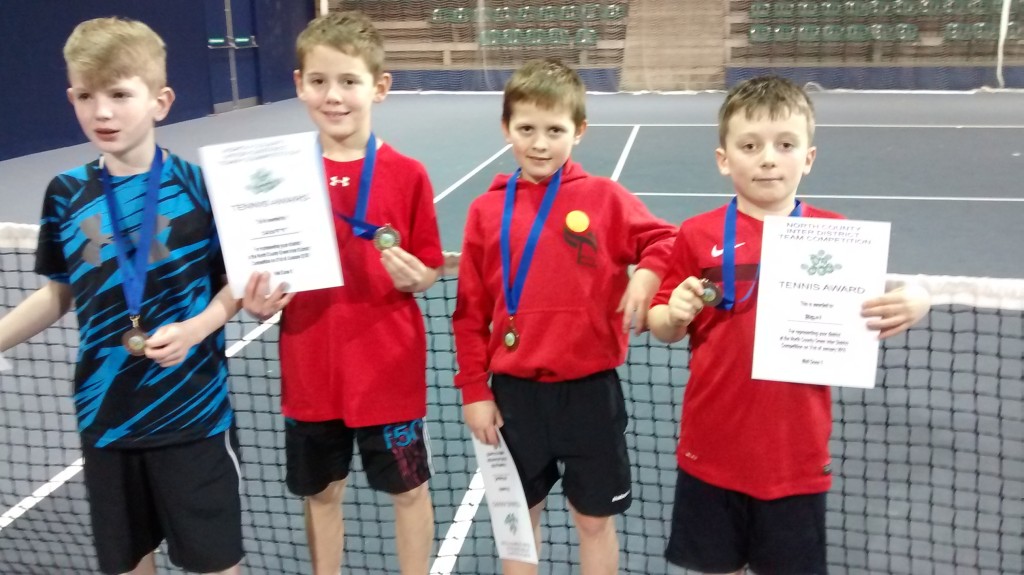 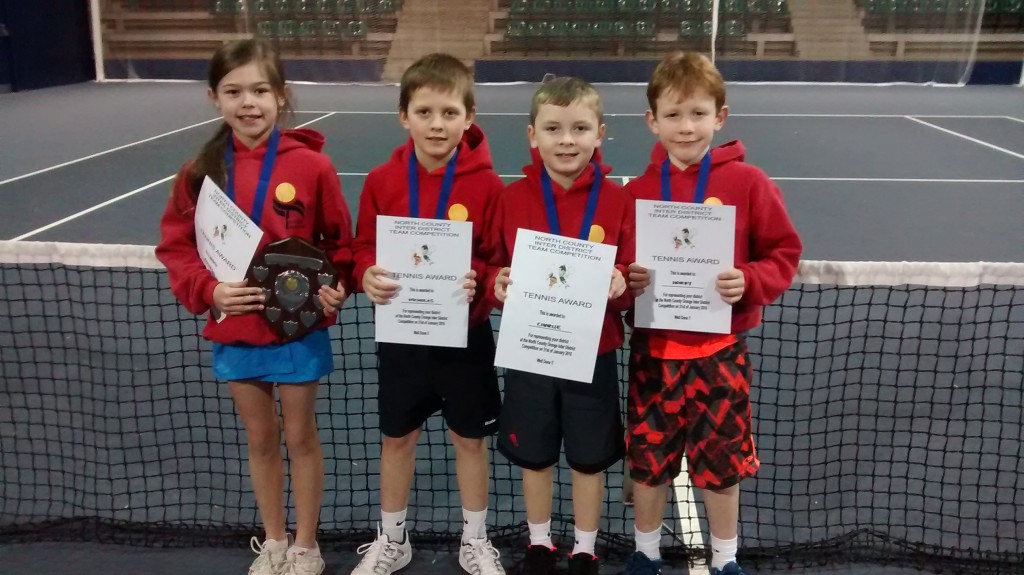 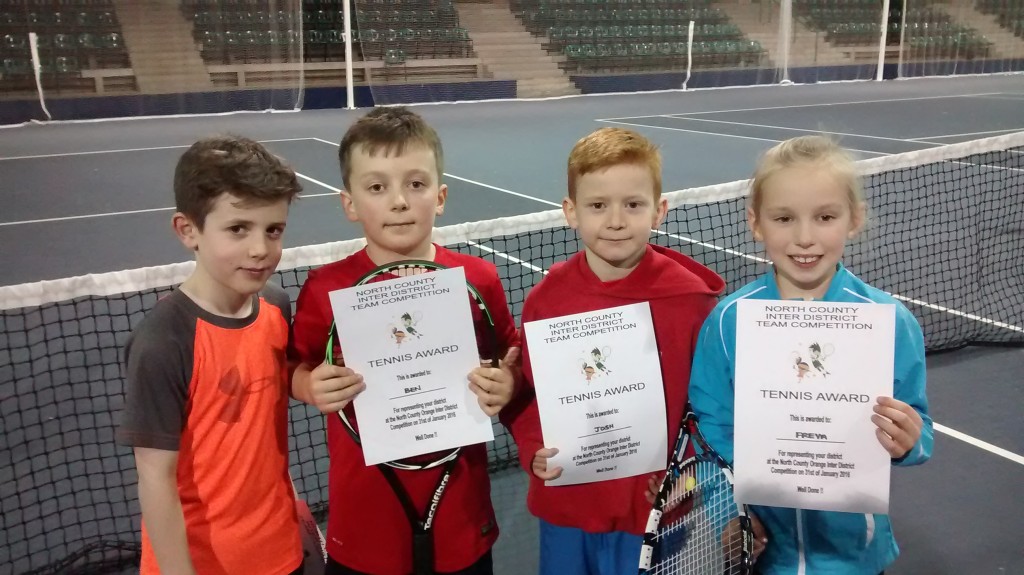 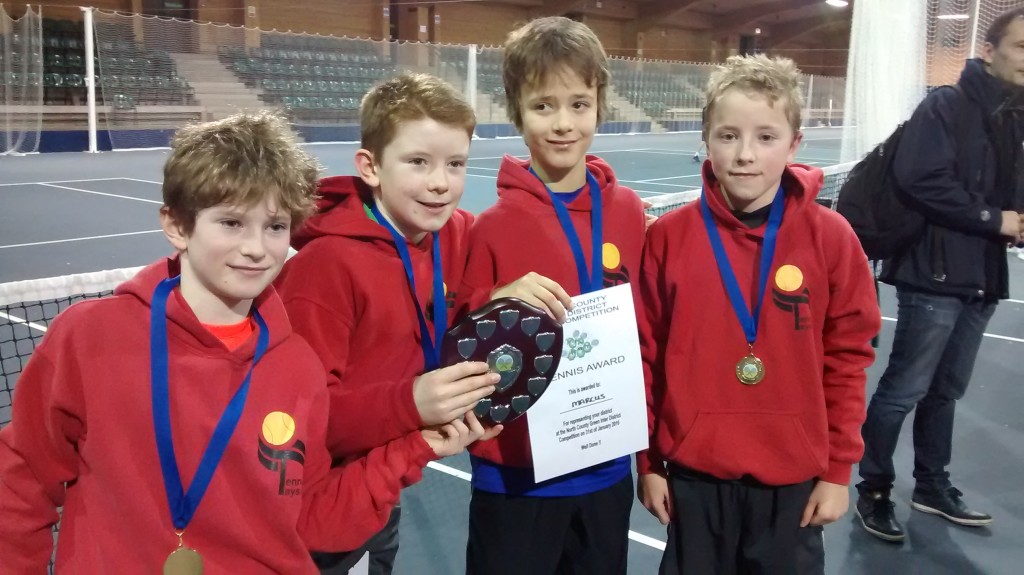